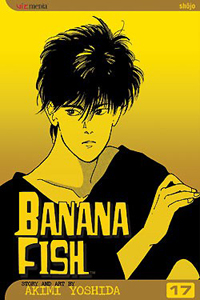 It has been recently revealed that the Yoshida Akimi manga Banana Fish, which has already been presented into a play, will get a second shot in stage adaptation once again. This Yoshida masterpiece is popularly known, with a total circulation of more than ten million copies worldwide. The shoujo manga ran from 1985 to 1994, which has invited various mini spin-offs with the titles Private Opinion, Angel Eyes, X Men, and the Garden with Holy Light. The series is what may have inspired author J.D. Salinger in the short story A Perfect Day for Bananafish.

Banana Fish has 19 Tankobon, or eleven Bunkobon prints which has been published by the Japanese company Shogakukan. Angel Eyes and Rebirth: The Banana Fish Official Guidebook is a popular art book of the series. The spin-off prints are collected in a single production which takes the title of Another Story. Banana Fish was also adapted in a radio drama, and the manga was published in English by VIZ Media.

The story trails after the strong friendship between a Japanese boy and a street-wise gang leader in New York. The protagonist, Ash Lynx, will be played by Gekidan EXILE’s Isomura Yosuke. Takeuchi Toshi, the winner of Junon Superboy Contest Grand Prix, will take the role of Okumura Eiji. Completing the cast will be Ishigaki Yuma, Kunisada Hiroya and Kimura Atsushi.

Banana Fish will involve romantic parts as well as thrilling bouts which will be performed in the spacious stage of the well known Rikkoukai Hall in Tokyo. There will be more than thirty cast members which will join the stage play, which will be comprised of men, who promises amazing action scenes which will be one of the highlights of the show. The show will open on October 24 and will run until November 4.