Ladies and gentlemen, we are on a roll! Under the Asgard Anime How to Cosplay spotlight is The Helghast from the videogame series, Killzone.

Let’s not keep you guys waiting so let’s dive right in on enemy lines and become a member of the Helghast.

The Helghast have been the antagonists throughout the Killzone series. Lead by Scolar Visari, the Helghans believe that they are superior to the human race and should be their ruler.

They first experienced persecution under the hands of the ISA with the planet Vekta taken away from them and moved to the planet Helghan. But not without further hardship as the Helghans were forced to buy their own first colony ships.

The Helghans experienced economic downfall which fueled Scolar Visari to rise and raise a coup d’etat against the reigning government on the planet Helghan and soon took over. This lead to the Second Extrasolar War and Helghan troops were sent into battle.

Can you really blame the Helghans for being the bad guys?

The Helghast come in a plethora of different designs from the Assault Trooper to the Scout Sniper. 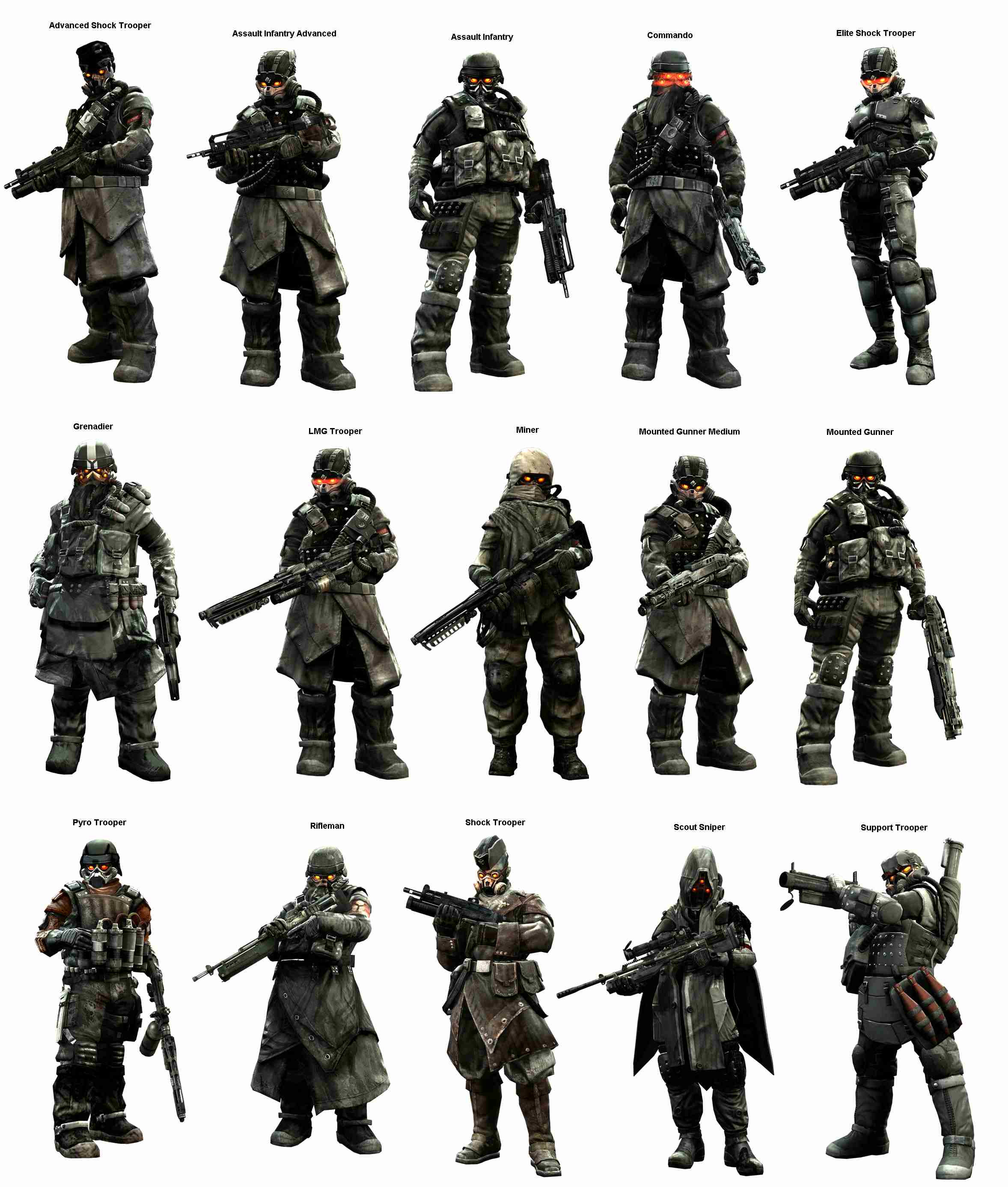 They are identified mostly from their helmets with glowing eyes. And of course, if it hits you, then it’s a Helghast. For the purpose of this cosplay guide, we will be focusing more on the Helghast Trooper.

The Helghast is Asgard Anime’s very first cosplay guide that more or less falls under the armor category, so we have to go through our guide step-by-step starting from head to toe. The best part of an armored costume? You can go crazy with creativity and surprisingly, you can simply reuse old materials to create a badass cosplay!

The most predominant and eye catching part of the Helghast costume, regardless of the type of soldier it is, is the helmet that comes with the gas mask and glowing eyes. 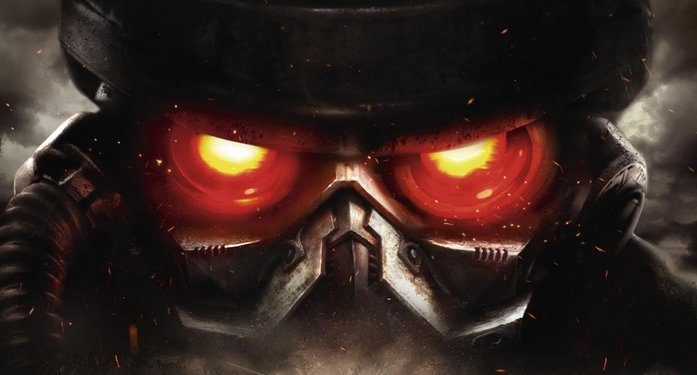 Blogger Halo2_Norad pulled this off with the following items for his mask. Note that he used this for the Helghast Trooper from the first Killzone. You might want to modify the look of the helmet a bit for other Helghast soldiers.

Check out how everything looks in his Gamespot blog.

You can also find an awesome collectible Helghast mask on Amazon here (this is NOT wearable, but it’s awesome anyway and a great reference too).

Now, when you put your helmet together, make sure that your face won’t show from any side of the helmet. Before you stick everything in place with a strong adhesive you have to adjust the helmet properly. Align the mask properly with your nose and mouth and the same goes for the goggles on your eyes or else this might hang in some places. If you don’t want your face to be exposed, you can use also use a dark form fitted mask like the one used by Hatake Kakashi (はたけ カカシ) in the hit ninja series Naruto (ナルト).

If you can’t find any of these more specialised items above, try this list as a backup:-

Put the goggles and the LED lights together using super glue. Be careful not to get this on your skin obviously. Put your helmet together the same way as instructed in Hal2_Norad’s helmet but you have to make sure that when you turn on your LED light goggles, don’t turn them on for too long or you can risk hurting your eyes. 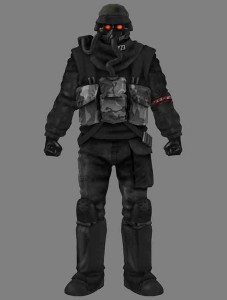 A load fitting vest is needed to complete the upper part of the costume (this one from Amazon is pretty good and comes in a range of colors) as well as a strip of red cloth on the left side of the sleeve. The red cloth bears the Helghan logo which looks like this.

Note that the oxygen mask is connected to the middle bag of the load fitting vest.

Now, the Helgast Troopers wear chunky looking boots so grab knee-high boots and cover them up with dark snow gaiters to make them look bigger than they normally look.

This costume will be uncomfortable in cons where heat is slightly intolerable so do take care of yourself. If things get too unbearable, take off the mask and get a drink of cool water. Passed out heat exhausted Helghasts are not a good look!

The Helghast Trooper uses a variety of weapons, but is commonly seen carrying an stA-52 Assault Rifle. You can simply buy a toy assault rifle and decorate it to how it looks in the game. You can use rubber and spray paint for giving your prop a touch of Helghan technology. Here’s a quick reference of the stA-52: 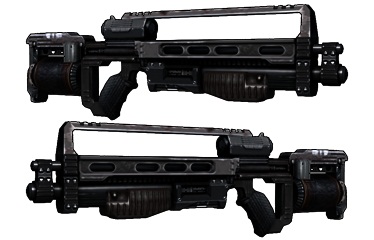 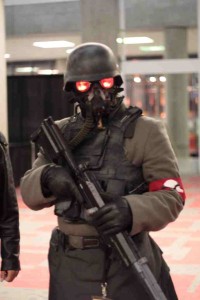 So it’s con time and you’re in all of your Helghast prime! Now what?

Here are a few videos that could help you out on how a Helghast acts and moves. Thanks for reading our guide and if you’ve got Helghast cosplay tips and tricks you can share, hit us up at the comments section below.

Have fun and keep on cosplaying!