Published by SchoolGirlBlogger on June 20, 2012 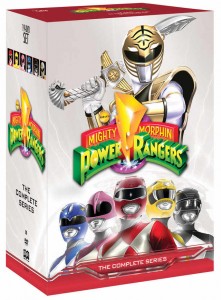 The Mighty Morphin Power Rangers was first released in August of 1993 and was adapted from the Japanese sentai series Kyoryu Sentai Zyuranger (恐竜戦隊ジュウレンジャー). The first Power Rangers series was more than just an overnight success; it became a part of 1990’s pop culture and nearly every child born in the early 90’s would strongly remember Tommy, Jason, Kimberly, Trini, Zack and Billy, the team who made up the original Power Rangers. The huge success of the series eventually lead to a movie. 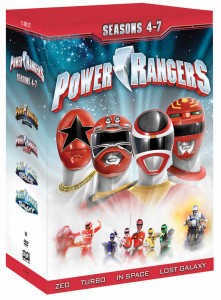 Does anyone know if and when the first box set will be released in NZ?

Multi-region DVD players are quite easy to find in NZ now though, and can be very cheap so long as you’re not looking for home cinema quality. So it might be worth looking into that.

P.S. Amazon now have the new Season by Season releases too – starting with Season 1 Vol 1 here.

Hi,Guys if anyone want a copy of these and ill b happy to import these into NZ

@William, how much would the mmpr set cost in NZD?