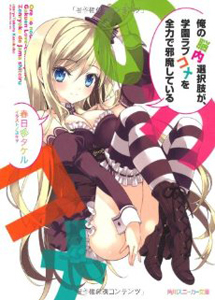 The website for the Kadokawa Anime Channel has released a promotional video for the upcoming anime Ore no Nōnai Sentakushi ga, Gakuen Love Come o Zenryoku de Jama Shiteiru (My mental Multiple Choice Power is Completely Destroying My School Romantic Comedy). While you’re at that ridiculously long title, let’s get to know more about this story by looking at the characters:

Kanade Amakusa is a 2nd year student at Seiko Academy. A normal boy, he is cursed by the power of “absolute multiple choice” which forces the afflicted to pick from the preset answers to questions that pop in his mind. He is very good looking, but unfortunately, his personality and actions made him to be dubbed as “No, Thank You 5” by his classmates. 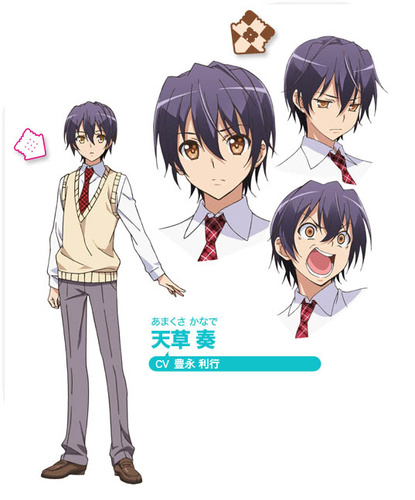 Chocolat is a self-proclaimed deity who comes to Kanade in order to lift the dreadful absolute multiple-choice curse. But she lost her memories, and becomes of no help at all! Chocolat is a glutton and eats a lot, lot, lot! Despite her appetite, she is very cute and is emotionally attached to Kanade. 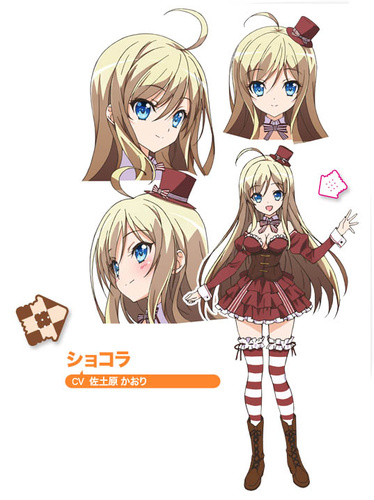 Furano Yukihara is Kanade’s classmate, who is another unlucky person afflicted by the same curse as he. She is a popular beauty in school. However, she is often sharp tongued and does not let herself be swayed by feelings. She cannot be honest to say what she likes. 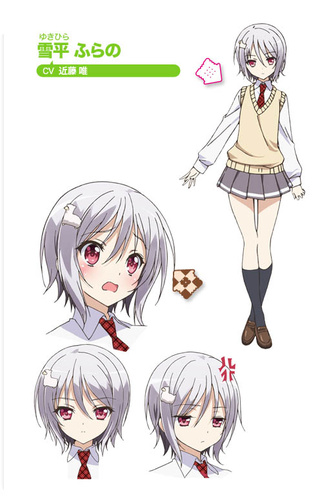 Oka Yuoji is the daughter of a magnate and goes to the same class as Kanade. She acts like a spoiled brat and always surprised everyone with what she will do next. She has the same curse but she doesn’t mind at all. 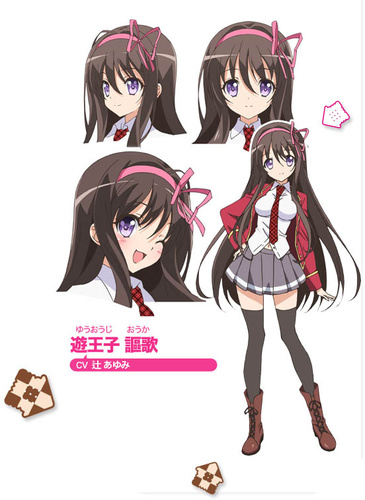 The anime will be directed by Takayuki Inagaki at the animation studio Diomedea. Hiroko Kanasugi will write the scripts and Hiroyuki Saida will be the chief animation director who will make the character designs. Ore no Nōnai Sentakushi ga, Gakuen Love Come o Zenryoku de Jama Shiteiru will premiere in October, and hopefully someone will think of a good moniker to dub this long title!