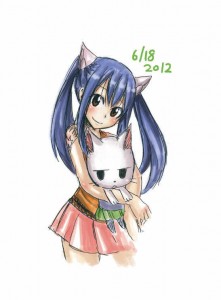 If you’ve never seen Rave Master (レイヴ), Monster Soul (モンスターソウル) or even one of the hottest anime titles to date called Fairy Tail (フェアリーテイル) for that matter, it’s time for you to get hooked! Hiro Mashima (真島 ヒロ), the face and name behind those awesome titles, has been tweeting some pages off his sketch book!

Rave Master helped Mashima, 35, establish his name on the anime and manga world. Rave Master tells the story of Haru Glory’s adventures as he becomes the next Rave Master. After Rave Master, Mashima came up with more manga/anime titles and Fairy Tail currently one of the best titles the world has to offer. 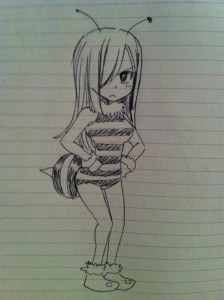 In Twitter, Mashima shares bits and pieces of his personal life. However, his sketches add flavor and the fans are probably clamoring for more! Mashima posts his sketches once every few days. Sometimes, he posts sketches more than once per day. Some of his sketches are funny depictions of his characters while others are randomly made. Overall his art is breathtaking, no matter how funny some of his sketches may seem.

What are you waiting for? If you haven’t seen any of his works, watch them now and don’t forget to follow Hiro Mashima on Twitter!