Published by SchoolGirlBlogger on January 18, 2012 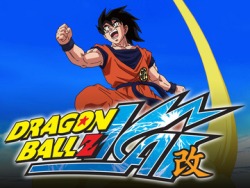 Dragon Ball Z Kai is the updated version of the old Dragon Ball Z series. Updates include a high definition quality of the series and some scenes were cut from the original Dragon Ball Z. The story , however, remains exactly the same before it was modified. The Dragon Ball Z Kai was edited in such a way that children can also enjoy the series without showing too much violence.