Voice Actress Loses In Final Round Of Otona AKB48 Audition 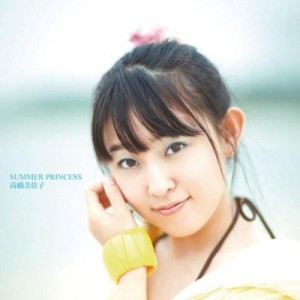 April 12, 2014 was a big day for Japanese voice actress and singer Mikako Takahashi (高橋 美佳子). The 33-year-old has joined the audition for Otona AKB48 and has made it to the finals but unfortunately she was not chosen in the final selection meet as announced in her official Twitter account.

“The Otona AKB48 Audition ended smoothly!!” She tweets. “The result was… unfortunately I didn’t make it. (;_;).” The singer, however saw a silver lining in the loss, adding ” But I was able to enjoy it without regret! I really appreciate everyone who has supported me! I want to keep living without fearing a challenge and giving up a fun from now on (*^^*)” Way to go, Mikako!

Mikako Takahashi was born in Chiba Prefecture, Japan on May 29, 1980. Together with Yumiko Kobayashi (小林 由美子), they provide the voice acting as well as singing voices for the fictional girl group, The Excel Girls, for the anime Excel Saga (エクセル♥サーガ ). Some of her notable voice acting roles in the field of anime goes as follows:

The winner of the Otona AKB48 audition will win a limited-time membership of the immensely popular Japanese girl group, AKB48. The result will be revealed via Ezaki Glico’s (江崎グリコ株式会社) brand new TV commercial for their Papico ice cream on May 14.