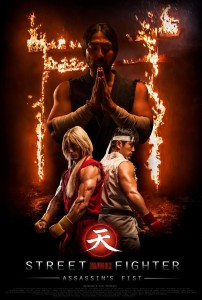 Live-action takes on anime, comic book and even video game will often make fans feel wary but this will certainly bowl you over. Capcom (株式会社カプコン), together with Machinima, brings you Street Fighter: Assassin’s Fist. The promising series which highlights Ryu (リュウ) and Ken Masters (ケン・マスターズ) now has a trailer for every awaiting Street Fighter fan. The trailer, which was uploaded on March 14, 2014 on the official Machinima Youtube channel, runs for just a short 55 seconds but is more than enough to hook your attention.

Street Fighter: Assassin’s Fist follows Ryu and Ken’s footsteps as they reveal the mysterious past of their master, Gouken (剛拳). Korean American actor, Mike Moh, takes on the role of Ryu while Christian Howard fills in Ken’s shoes. Gouken will be played by Akira Koeiyama. Gouki (豪鬼), more commonly known as Akuma (悪魔), will be also be in the series in a younger version of himself played by Gaku Space. Flashbacks probably will appear along the course of the series as a younger Gouki is also present and is played by Shogen Itokazu.

We’ll stop talking now so you can get your fill of the Street Fighter: Assassin’s Fist trailer below. Tell us what you think about it over at the comments!