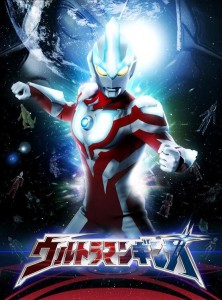 Another Ultraman (ウルトラマン) is making his way into the henshin scene and he goes by the name of Ultraman Ginga (ウルトラマンギンガ)!

Ultraman Ginga celebrates the 50th anniversary of the longest running Ultraman franchise. He was first revealed at the Ultraman Film Festival which took place between April 12 to April 14. A press conference was held and some announcements.

The directing team of Yuichi Abe, Tomo Haraguchi, Kengo Kaji and Yoshikazu Ishi are behind Ultraman Ginga. The latest Ultraman series will be set in two seasons: the first season containing the first six episodes will be aired starting on July 10, 2013 while the second season containing episodes 7 to 11, is scheduled for the latter part of the year.

Are you ready for the arrival of Ultraman Ginga? You know that we are. Ultraman Ginga will be airing in a few more months so stay tuned for more news and updates!