Pokemon: The Origin Takes Fans Back On A Trip Down Memory Lane 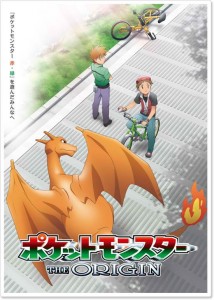 Pokemon has been a huge part of the children who grew up in the 90’s. With the original Pokemon series Red, Green and Blue released for the Nintendo Game Boy. Not long afterwards, the video game was brought on the telly with Ash Ketchum (サトシ) taking the lead with the adorable face of Pokemon, Pikachu (ピカチュウ), tagging along his side. Pokemon fans probably know this by now that the anime has inspired the ultra cool video game, Pokemon Yellow: Special Pikachu Edition (ポケットモンスターピカチュウ). While some internet users have compared as to how Ash would come up next to the original Pokemon game character named Red (レッド), Pokemon Japan has finally put every Pokemon fan on their toes with their announcement of the latest anime special offering entitled Pokemon: The Origin (「ポケットモンスタージ·オリジン」).

In Pokemon: The Origin, the TV special is based solely on the original Pokemon games with Red as its leading character and Green (), who is identified as Gary Oak (オーキド・シゲル) in the anime as well as the Yellow version, as his rival. The Origin will be aired on October 2 at 7:00 in the evening in TV Tokyo as well as other channels they are affiliated with celebration of the release of Pokemon X and Y. Excited for the upcoming special? Check out the video below. You just might want to grab you old Game Boy after this…