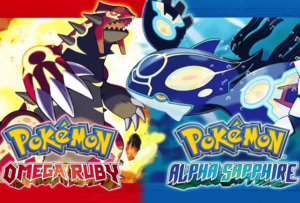 Pokemon Ruby and Pokemon Sapphire brought us to the world of the third generation Pokemon game series. A lot of features have also been introduced which forever changed the Pokemon game play including Abilities, Natures and Double Battles. A different kind of competition is also introduced to players called Pokemon Contests which in turn gives you another Gen III first called Ribbons. Pokemon Ruby and Sapphire also updated EV and IV systems for those serious gamers.

Pokemon Omega Ruby and Alpha Sapphire will be released worldwide on November 2014 so save up, save up for this awesome Ruby/Sapphire remake! The game’s teaser video can be seen below.