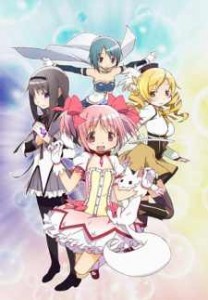 This is your chance to vote for your favorite Anime heroine! Japanese radio station NHK Radio 1 is holding an election for “My Most Favorite Anime Heroine” in honor of the network’s 50th anniversary. Pick any Anime heroine, any heroine at all, that’s part of the 50-year NHK history and send your entry in. Currently, NHK’s page boasts Uran from Astro Boy, Rei Ayanami from Neon Genesis Evangelion, Haruhi Suzumiya from the Melancholy of Haruhi Suzumiya, Madoka Kaname from Puella Magi Madoka Magica and lastl but not the least, Matilda Ajan from Mobile Suit Gundam.

The first election has already started and deadline of entries will be on December 9, 2012. From this election, 10 finalists will be chosen. The chosen heroines will then move on to the finals which will be held on January 2, 2013. Voting shall be counted as one person, one vote. To make things more interesting and exciting, Anime fans from outside of Japan can join in on the voting fun! The most popular heroine chosen by the fans will be broadcasted live on the same day as the finals at 7:20 pm to 9:00 pm.

Got the name of your favorite NHK heroine? Head on down to the NHK website to send in your entry. For more information on the voting event, click here.