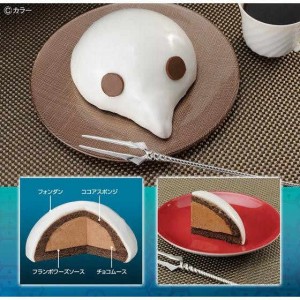 Christmas is just a few months away but that doesn’t stop Neon Genesis Evangelion (新世紀エヴァンゲリオン) from joining in on the holiday celebrations. 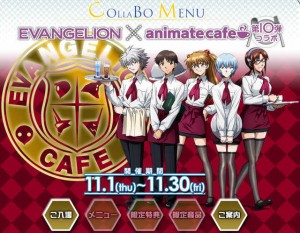 If that hasn’t made your mouth water yet, get ready for this. Animate Cafe has collaborated with Neon Genesis Evangelion. Scheduled for the whole month of November, Animate Cafe will be catering Evangelion inspired food, drinks and other items. Be sure to hit Animate Cafe on the first day of November so you can have your share of the Evangelion treats!

Neon Genesis Evangelion’s latest movie offering, Evangelion 3.0: You Can (Not) Redo (ヱヴァンゲリヲン新劇場版:Q Quickening) will be released on November 17, 2012.