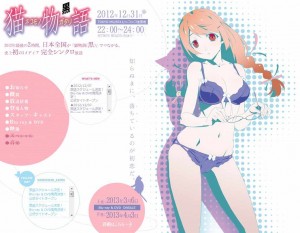 You’ve heard that right! Nekomonogatari (Black) 猫物語(黒) has earned an Anime adaptation and will be aired on December 31, 2012!

Check out the promo below and start counting down the days until December 31st!