Manga Art In The News: Goddesses, Singers And Senshis 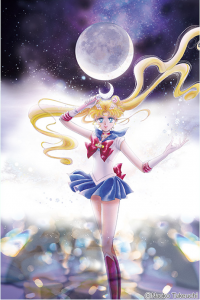 Get ready for an overload of beautiful art made by the most talented manga artists the world has ever seen! Asgard brings you a delectable eye-candy with Manga Artists In the News with red hot news coupled with ice cool art. 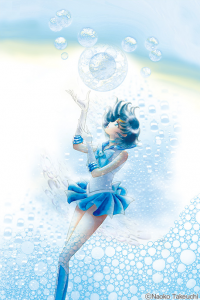 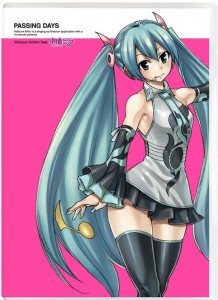 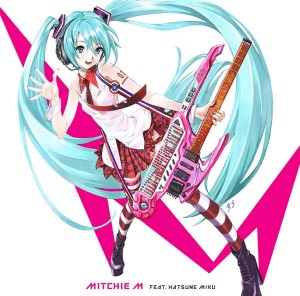 On the other hand, Sadamoto has drawn Miku in the tell-tale Neon Genesis Evangelion (新世紀エヴァンゲリオン) art style for Vocaloid song producer Mitchie M.’s Greatest Idol album. Slated for release on November 6, 2013, the Greatest Idol album also comes with the limited edition artwork of Hatsune Miku done by Sadamoto. Don’t forget to grab a copy for only 4095 JPY (41.26 USD)! 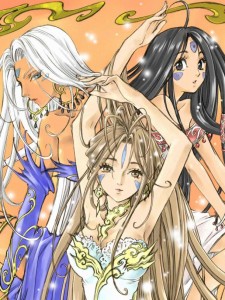 The ladies of Ah! My Goddess by CLAMP

Here’s a little goddess over load for the fans of Ah! My Goddess (ああっ女神さまっ). Famous manga artists have paid tribute to Kosuke Fujishima’s (藤島 康介) long running manga series. In celebration of the release of the 300th chapter of the manga, these tribute arts have been compiled and released in B6-sized book with all 162 pages adorned with art that viewers can get lost into. If you have been collecting Kodansha’s monthly seinen manga, Afternoon (アフタヌーン) from 2009-2011, you will find all of art collected in the tribute art book originally printed in those volumes. Check out the Ah! My Goddess art featured below from the biggest names of manga and anime. 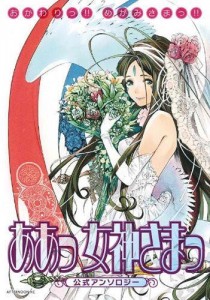 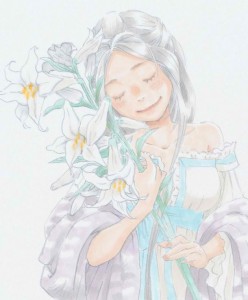 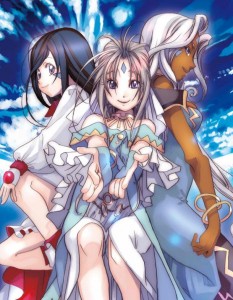 The ladies of Ah! My Goddess by Kozue Amano 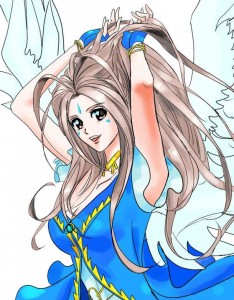 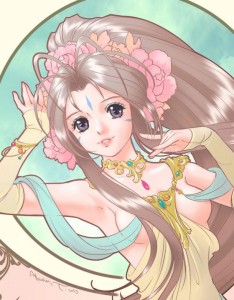 All credits of the art featured in this article belong to their respective owners.