Live Action Version Of Kite, Anyone?

Published by SchoolGirlBlogger on January 31, 2012 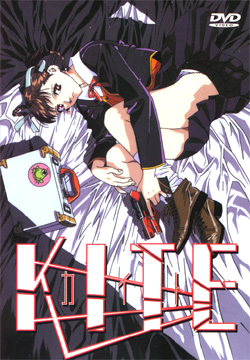 Anime has become so huge that some well known titles such as Dragon Ball, Blood: The Last Vampire and Speed Racer have owned live action movie counterparts. For simple movie goers who are not familiar with the anime or manga, some of these movies are passable, some would even say they’re great. But the same thing cannot be easily said for the hardcore anime fans; some would leave their mouths hanging open in shock while watching the movie or some would shake their heads in disgust. Ratings are considerably very low for these live action films with less than or equal to five stars out of ten in iM. But what happens if you take a very controversial anime and take a live action movie of it?

Kite, also known as A Kite, is an adult anime about a school girl named Sawa. Sawa was left orphaned at a young age and was taken in by two detectives who train her to become an assassin. This title is definitely not for younger viewers due to its heavy violence and sexual content. Some time around 2011, news spread like wild fire all over the internet that David R. Ellis, director of known films such as Final Destination and Shark Night 3D, that he will be directing the live action adaptation of Yasuomi Umetsu’s 1998 classic.

The story of live action version has been changed to some degree in order to avoid the strong blood-and-gore and sexual scenes found in the anime. Although there were news that the filming began on November of 2011, they actually started some time on January 2012. Fans are waiting on tenterhooks for the latest news and trailer of Kite’s live action and are fervently hoping that the movie would pass their expectations.