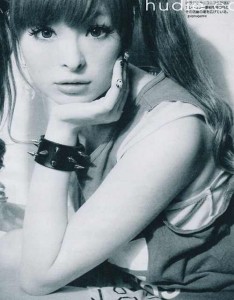 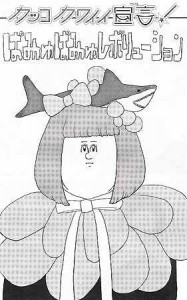 This project would not have been possible if Kyary Pamyu Pamyu and Jigoku No Misawa haven’t met at the Nico Nico Super Kaigi Event. Both artists discussed their collaborative project on stage on the said event.

Kakko-Kawaii Sengen! Pamyu Pamyu Revolution is about the 19-year-old PONPONPON singer spreading cuteness all over the world. Kyary Pamyu Pamyu, whose real name is actually Takemura Kiriko (竹村 キリコ), had a very humble beginning: she first started out as a fashion blogger. Soon, she worked as a model for fashion magazines in Harajuku and she appeared in fashion shows as well. In 2011, she launched her singing career with the hit single PONPONPON.

If you’re a fan of Kyary Pamyu Pamyu, don’t miss your chance of getting the July issue of Jump Square and find out how Kyary spreads cuteness in all four corners of the world!