Just About Anything Moe In The News, Vol. 3: Marriage, Sake And A Fire Station Princess 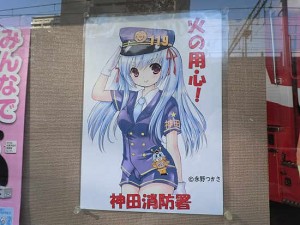 Yokumi is the moe mascot of the Kanda Fire Station in Akihabara, Tokyo and is the latest addition to one of the many moe characters that promote Japanese establishments and organizations. Yokumi Kanda was illlustrated by Tsukasa Nagano, a Japanese illustrator known for his design for Fox Konko-Chan. Fox Konko-Chan is the moe character that promotes Foxxconn, a brand of electronic devices from Taiwan. 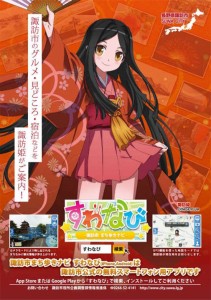 Are you an otaku who’s getting married to a fellow otaku? Ever thinking of getting married in Japan? Let the presence of Suwahime in your marriage certificate make thing more anime-like and moe!

Suwahime was originally created by PM Office A, a metal mold company in Japan. Although Suwahime appears in marriage certificates, she is not available for marriage proposals. 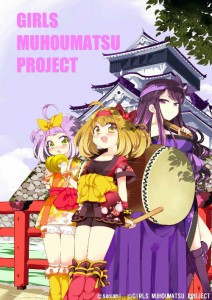 Last but not the least is a good reason to celebrate with these moe girls! Meet Makoto Shindouji, Maika Komori and Maya Blacksmith, the girls who make up the GIRLS OF MUHOUMATSU PROJECT.

The Girls of Muhoumatsu promote the local sake in Kitakyushu City, Fukuoka Prefecture. Each moe girl has their own specially designed bottle of sake, all priced at 1575 JPY (19.08 USD) per 500ml bottle. There is also a special chibi version of the girls in a 300ml bottle sold at 945 JPY (11.45 USD).

Read up more on the girls here.