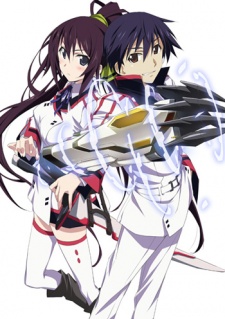 IS <Infinite Stratos> (IS <インフィニット・ストラトス>) is getting another season and the full preview has already been released. Fans of this series will be happy to know that the season 2 preview was released together with the light novel’s latest volume, volume 8. The trailer, which runs for a minute and 38 seconds, shows clips from the second season.

Infinite Stratos first began as a light novel by Izuru Yumizuru with the first volume released on May 31, 2009. A manga adaptation of the light novel by Kenji Akahoshi was released on May 27, 2010 until July 27, 2012 with a total of 5 volumes. Not long after, and much to the delight of the fans, an anime series and an OVA was released in the year 2011. Yasuhito Kikuchi, who directed the first season, is back to direct the second season.

If you’re a fan of the series, check out the trailer below. If you just found out about Infite Stratos, watch the first season and you’ll definitely get the feeling of impatience for the release of the second season!