Published by SchoolGirlBlogger on April 6, 2012 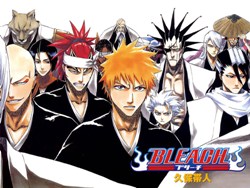 The “Wrath of the Titans” screenwriter says “Nobody wants to, well… Let’s just say that if you enjoyed [the live-action] Dragon Ball Z movie, that’s great, but I thought it was a noble effort that ultimately didn’t succeed. That’s what we’re trying to avoid. We want to make sure this movie lives up to what the manga is.”

Bleach revolves around Ichigo Kurosaki, a 15-year-old boy who has the innate ability to see spirits. Caught in the middle of a Hollow attack, a heavily injured Soul Reaper named Rukia Kuchiki had no choice but to transfer her powers to Ichigo. Ichigo destroys the Hollow but he obtains nearly all of Rukia’s powers, which lead to him performing all duties required that of a Shinigami.

The self-confessed Bleach fan admitted that getting the rights to produce a live-action version took quite some time. “We set down with Tite Kubo the creator and the publisher of the series, and we had a long meeting, making sure we’re respectful to the property”. Mazeau also reveals that Bleach will take place in Japan as to pay respects to where the manga originally began.

It is safe to say that the live-action version of Bleach is in good hands since a fan knows what a fan needs. “I’ve been shorthanding it as an ‘action-adventsure Sixth Sense,’ but obviously on a bigger canvas than that. So I’m incredibly excited about that. It’s a good one.” Mazeau quips.