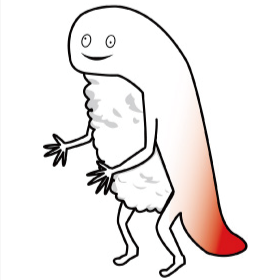 Mascots make great identifiers for a company or a place. They are known for their distinct appearances that is closely tied to whichever thing they are representing. See that image on the left? You probably might have some mixed feelings about it, we’re guessing somewhere from scared to laughing your head off but that creature, who goes by the name of Zuushi Hokkii (ずーしーほっきー) bested four (4) other competitors in the Hokuto City’s (北斗市) promotional character citizen poll.

Just exactly how much votes did this creepy mascot win over the other entries? The contest garnered a total of 8,951 votes with Zuushi Hokkii staking claim on a whopping 2,914 votes. While the sushi-based Zuushi Hokkii looks downright silly, the official website of Hokuto City citizen poll shared a bit of information that will probably make you stop right in your tracks:

Love it or fear it, Zuushi Hokki will surely leave you an unforgettable experience when you visit Hokuto City. An unofficial animated video has been created by a Zuushi Hokki fan and has gladly shared it on Youtube. Check out the video below and when you’re on a trip to the Land of the Rising Sun, don’t forget to say konnichiwa to Zuushi Hokki!