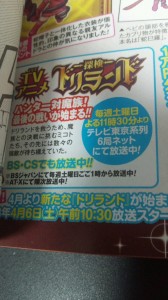 A Japanese magazine has revealed that Hiro Mashima’s (真島 ヒロ) hit anime series, Fairy Tail (フェアリーテイル), will be singing its swan song with its 175th episode on March 30, 2013. While die hard Fairy Tail fans might be upset over this bit of information, Mashima is quick to pacify (and even excite) them with a simple Twitter announcement. The Fairy Tail creator didn’t reveal exact details but certainly he kept the fans on their toes by making them wait for good news. 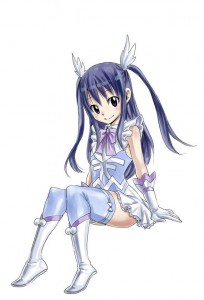 Mashima made Twitter his personal sketchbook album as he still constantly updates fans with his scores upon scores of his sketches. Whether the sketches are random, gender-bent, or are completely colored, Mashima’s sketches are worth ogling at for hours on end. Fans couldn’t get enough of the sketches as Mashima himself is engrossed in illustrating and sharing his feast-for-the-eyes art online.

While we’re counting down the days until March 30, we still have a few more Fairy Tail episodes to look out for. How will Fairy Tail end? What sort of good news does the genius behind Rave Master have in store for us? What sketch will he share next on Twitter? Stay tuned to find out. Follow Hiro Mashima on Twitter by clicking here.