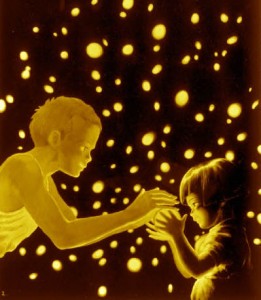 UK based company, Dresden Pictures, has earned the right to recreate a live-action take on Studio Ghibli’s (株式会社スタジオジブリ) film, Grave of the Fireflies (火垂るの墓).

Based on the novel written by Akiyuki Nosaka (野坂 昭如), the Studio Ghibli adaptation of Grave of the Fireflies was both directed and written by Isao Takahata (高畑 勲). Running for 88 minutes, the story takes place in the remaining months of the Second World War and revolves around the lives of siblings Seita (清太) and Setsuko (節子). Having lost their mother in an air raid, Seita took it upon himself to care for his younger sister.

This heartbreaking story was written by Nosaka as an apology to his own sister whom he lost due to malnutrition in World War 2. When adaptations were first offered to Nosaka, he turned them down saying that it was impossible to recreate the scenery and contemporary children won’t be able to pull off the characters. It was to his utter surprise however that an animated version was offered by Studio Ghibli.

The Dresden Pictures version of Grave of the Fireflies will begin filming on 2014 and will be spearheaded by Liam Garvo and James Heath.