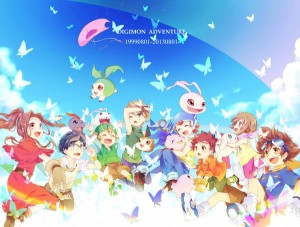 It feels like it was only yesterday that anime Digimon Adventure (デジモンアドベンチャー) first made its way on television and North American fans rejoice for August marks the 14th anniversary of the DigiDestined (選ばれし子供達) kids and their Digimon (デジモン) journey through the Digital World (デジタルワールド) so they can return home. Online art site, Pixiv.net, is overflowing with tons upon tons of Digimon Adventures fan art in celebration of the anime’s anniversary. Asgard Anime takes you down the Digimon Memory lane with some of the coolest Digimon fan art shown in Pixiv. 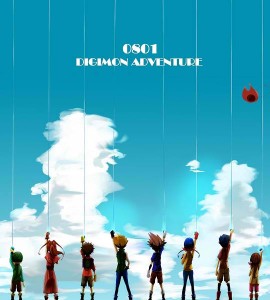 The first episode of Digimon Adventures kicks off with the rest of the world experiencing droughts, storms and other problems. Taichi Yagami (八神 太一) and his friends, Yamato Ishida (石田 ヤマト), Sora Takenouchi (武之内 空), Izumi Kushiro (泉 光子郎), Mimi Tachikawa (太刀川 ミミ), Takaishi Takeru (高石 タケル) and Jyuo Kido (城戸 丈) were just part of a summer camp until a blizzard occurred. When the snow storm subsided, Digivices fell from the sky and into their possessions and the DigiDestined children were transported into the Digital World. 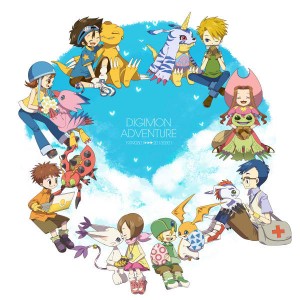 Taichi wakes up in an unfamiliar place with a pink, round baby Digimon called Koromon (コロモン) bouncing happily, saying that it was waiting for him. Apparently, the same has happened to his friends. Through the creatures called Digimon, Taichi and his pals find out that they are in File Island (ファイル島), a place in the Digital World. With an encounter with a Kuwagamon (クワガーモン), the baby Digimon Digivolve and transform into more stronger Digimon. 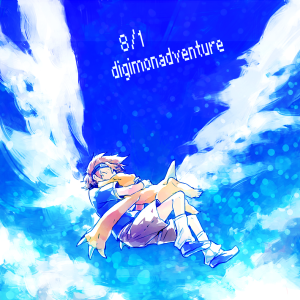 If this has given you a powerful and incapacitating wave of nostalgia, join in on the Digimon Adventures anniversary fun! Submit your own Digimon Adventures Fan Art or have a marathon. The fan art featured in this Asgard article is just the tip of the iceberg. Here are some links to some of the awesome artists over at Pixiv who made their Digimon Adventures fan art. The artists whose fan art are featured here are also linked below. Happy 14th Anniversary, Digimon Adventures! Thank you for being one of the best memories our childhood has to offer! 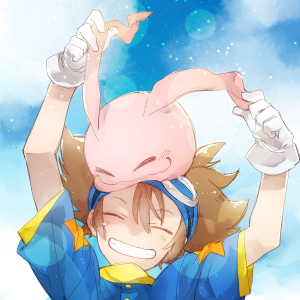