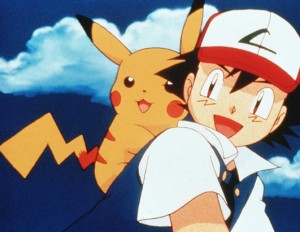 If you grew up watching the first seasons of the Pokemon (ポケットモンスター) anime starring Ash (サトシ) and his trusty pal, Pikachu (ピカチュウ) with Gym Leaders Misty (カスミ) and Brock (タケシ), there’s a huge chance that you might remember this: before each episode ends, a short clip called PokeRap would be shown. If you’re too young to remember that, the PokeRap is a rap song that mentions all of the Pokemon found in a specific Generation and is shortened per episode. A compiled version of the original song is featured in the English Pokemon soundtrack entitled 2 B A Master. The PokeRap then became a staple of the English Pokemon series until Generation III. With the latest Pokemon games out and the number of existing Pokemon have reached to a staggering 718, is it still possible to create a PokeRap out of it? The answer is one heck of a yes and College Humor has got you covered!

With the video’s description as “Your dream of a new Pokerap is now a nine minute nightmare”, the College Humor version of the PokeRap takes a whopping 9 minutes long of just naming all 718 Pokemon from Kanto Regions’s Bulbasaur (フシギダネ) to Kalos region’s Zygarde (ジガルデ). Are you up to the challenge of rapping along to this? Check out College Humor’s PokeRap here while we reintroduce you to the original PokeRap below.

LOL, the exchanges between the “rapper” and the background singer were too funny ^_^.