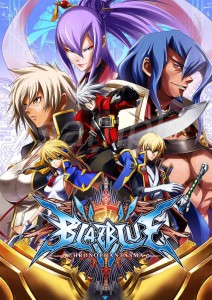 The wheel of fate is turning!

Here’s something to look forward to for Blazblue fans. Blazblue: Chrono Phantasma, the latest addition to the Blazblue series, has now new characters added into the roster! The three new fighters, namely Nu-13, Mu-12 and Izayoi have joined in on the Blazblue fray!

Blazblue (ブレイブルー) is a fighting style video game originally created by Arc System Works. The first Blazblue game, entitled Blazblue: Calamity Trigger, came out in 2008. The series is highly known for its characters which are drawn in anime fashion as well as the compelling storyline. Blazblue’s title is a combination of the words “Blaze” and “Blue”. The “Z” of Blazblue is not included in the Japanese pronounciation in order to make it sound similar to the word “Brave”.

Dying with curiousity? Check out the videos below and see how these new characters are to your liking.

Just knew about Blazblue: Chrono Phantasma? Watch the video below and get a crash course of the latest entry.