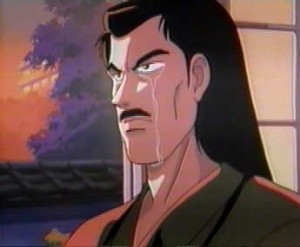 Soun Tendo is the father of Akane, Nabiki and Kasumi Tendo. Unlike Genma Saotome, Ranma’s father, Soun is quite the softie. The perpetually emotional Soun is a widower and he loved his late wife dearly, often visiting her grave and mourning for her. The master of the Musabetsu Kakuto Ryu is fiercly protective of his children and is often pictured as a demon when his daughters are distraught. 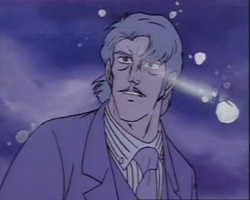 Before Dr. Kentaro Go came to Earth to become a professor and eventually father Kenichi (Steve), Daijiro (Big Bert) and Hiyoshi (Little John), he was the prince and the rightful king of the planet Boazan. Dr. Go, whose actual name is Prince Lagour, was born different from his Boazanian people: Dr. Go had no horns. Sick with jealousy, the tyranical leader Zu Zambojil and cousin to Dr. Go, revealed the secret and Dr. Go was imprisoned. All was well when Dr. Go escaped to Earth, but his decision to end his cousin’s reign came when Hiyoshi was born. This event prompted the Go brothers to search for their father. 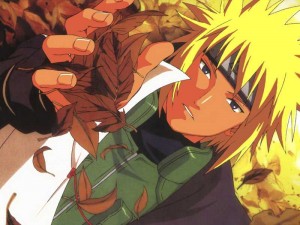 In his early ninja years, Naruto hero-worshipped the Yondaime. Later on, as he came of age, Naruto ultimately discovered that his father is the Yondaime. Minato Namikaze, as he is called, is a talented shinobi who was under Master Jiraiya’s training. Minato, who loved his wife and child dearly, gave up his life in order to save the village of Konoha from the attack of the raging nine-tailed fox. He sealed the kyuubi inside his own son because he strongly believes that Naruto is capable of, and strong enough to control the beast. 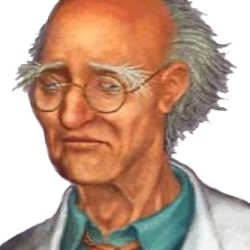 Doctor Bosconovitch, whose full name is Dr. Geppetto Boskonovitch, is a very talented scientist. Kidnapped by Kazuya Mishima, Dr. B was forced to create bio-weapons such as Alex the dinosaur and Roger the Kangaroo. He is also credited for the completion of Jack. Soon, Dr. B created an android made in the image and likeness of his deceased daughter. Alisa Bosconovitch is perhaps the greatest creation of the professor; Alisa is the only android capable of human emotions. In the motion picture Blood Vengeance, part of Alisa’s embedded program is to find the professor who goes missing. “Chances are, he just wants to see you again. He’s your dad. He programmed you to try find him because he misses you.” Xiaoyu answers Alisa as the android doubts on ever finding her father. 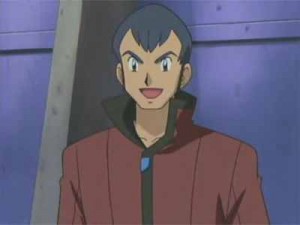 Norman is the Gym Leader of Petalburg City. Norman is the father of Max and May (Anime), Ruby (Manga) or the player (video game). Whatever the franchise in question is, Norman is a proud father of a young Pokemon trainer who shows so much potential and who has a bright future ahead of his child. Defeating him in the video game for the Balance Badge makes him all too proud, albeit feeling slightly crestfallen due to loss, that his child has overpowered him.

Give hard working dad the treatment he deserves on his special day! Make everyday Father’s Day! Asgard wishes everyone a Happy Fathers Day to all the dads out there!