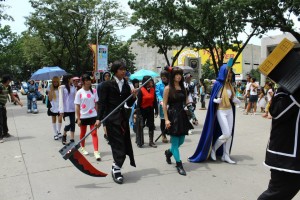 Cagayan de Oro City celebrated its 2012 city fiest in honor of Saint Augustine of Hippo, the city’s patron saint on August 28, 2012. On August 27, 2012, a citywide parade was held in Cagayan de Oro City, Philippines as an opening for the city fiest. What made this year’s city parade different is that there was a cosplay entry. Around 20 cosplayers were in attendance and together, they braved the long walk from Gaston Park to the Velez Streets and finally to the Lim Ket Kai Mall. They marched from point A to point C under the scorching heat of the sun. All were not smiles, however, once the feedback came in and here are some points that people shared. 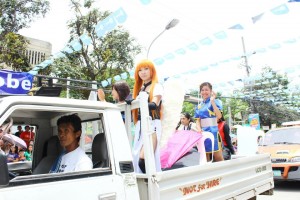 1. The organizers thought that this was an easy event to pull off. Well, they were wrong. The first problem that could be identified here is the fact that they only had a few weeks to prepare; they announced their plans on joining the parade some time in July already. The parade could have been pulled off IF they already planned everything perhaps a few months before to make sure that everything is okay, especially the well being of the participants. Proper planning could have even lead to a back up or an alternative plan considering the number of organizations and companies that joined in on the parade. On the event proper, the cosplay entry was moved from 60 to 70* due to the number of entries that had to be prioritized for the parade. 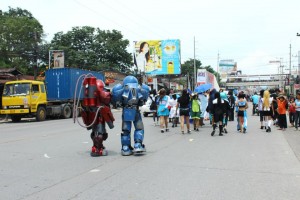 2. Some of the participants in the cosplay parade were not cosplayers. This is a slap on the face for cosplayers who portray their characters passionately. One participant invited a couple of friends to don the said person’s costumes. When interviewed by the media, one of the invited people who wore the costume answered that she had no idea who she was cosplaying. “To those persons responsible, they should know that cosplay is knowing the character inside-out and not some meer fashion limelight stunt. The owner of those costumes however doesn’t really seemed to even portray her character well and no prior knowledge on the personality as observed by some of the participants.” An observer commented. 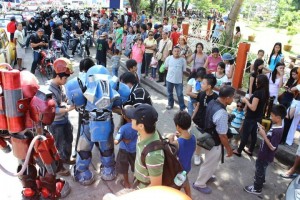 3. Cooperation was missing from the group. A parade observer has this to say: “Some of the participants didn’t seem to cooperate. While some are showing themselves in the highway in the city’s parade, some were just in the vehicles and not walking together with the others. Where is the togetherness and the camaraderie of the cosplayers in that? Those who had medical conditions were exempted to join in the walk but at least there is this cosplayer who nailed it by interacting with the audience with a sweet smile and a wave of a hand.” 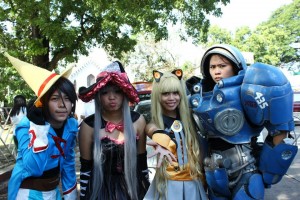 4. The weather wasn’t taken into consideration in the planning. While plans went underway, the organizers failed to consider the raging, unpredictable weather. A few days before the parade, Cagayan de Oro was pelted with torrential rains and biting heat. During the event, the participants experienced sun burns and some even had heat strokes. The health of every cosplayer was on the line on that day. 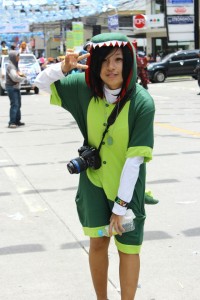 Despite the problems encountered during the parade, this cosplayer brought a smile to everyone’s face.

I would just like to ask about this line you wrote : On the event proper, the cosplay entry was moved from 60 to 70* due to the number of entries that had to be prioritized for the parade.

^how did you come across such information? We were moved pala? I didn’t know this. :((

I knew there were a lot of issues with the parade, yes, but I only listed down the general complaints and problems of the populace. ^_^

And about how your entry got moved, I have my sources. 😉 I wouldn’t be a good [anime/cosplay/manga] news writer if I didn’t know what was going on. xD

This was to be expected from the very start, every veteran Cosplayer knew what was gonna happen, that’s why we just rolled our eyes when they didn’t heed our advise, again, we never lacked in warning you on our part, two of us even volounteered as medics to aid in your screw ups. ilovekeppu is right, pointing out 4 was too merciful, it was ill-prepared disorganized,and downright IDIOTIC. To the ones responsible, I would just like to rub it in your face and say WE TOLD YOU SO! Crocodile tears and excuses won’t work on us.