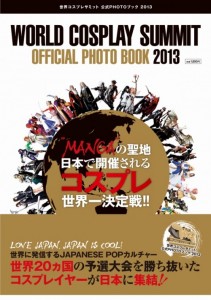 There will only be 10,000 copies of the World Cosplay Summit Official Book 2013 so make sure you grab your own copy before they run out! Pre-orders are entertained over at Mook. Read up more about it via the official TV Aichi website.