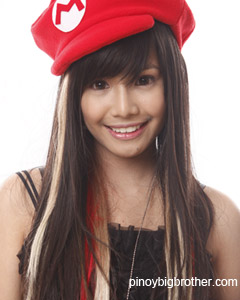 When Pinoy Big Brother Teen Edition Season 4 host Toni Gonzaga announced Myrtle Abigail Sarrosa as the Teen Big Winner, the crowd went wild. The 18-year-old, hailing from the province of Ilo-Ilo, was beside herself with happiness as she was traveled through the crowd in her carriage, shouting words of thanks through the crowd.

Sarrosa, who is a cosplayer, was dubbed upon entry into Big Brother’s house as the “Cosplay Cutie ng Iloilo (Cosplay Cutie from Iloilo)”. With 33.92% of the text votes under her belt, Sarrosa beat the three remaining contestants who also got into the finals.

There is more to Sarrosa than meets the eye: this cosplayer is taking up accountancy in the University of the Philippines, Ilo-Ilo. Not only that, she is the Municipal Federation President of the Philippine youth council called Sangguniang Kabataan (SK) in their district of Barotac Nuevo in the province of Ilo-Ilo. While inside Big Brother’s four walls, Myrtle’s strong personality and brains made her stand out from the other “housemates”.

The text votes Sarrosa received came fom her fellow Illongos, from the cosplayers scattered all over the country and from her fans as well and indeed their support landed her in the top spot. Sarrosa walks away with PHP1,000,000 (about 23900 USD) as well as other big prizes from the show’s sponsors.

*Thank you all. The dream goes on!