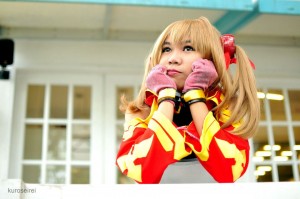 One of the faces one should look out for in cosplay events held in Cagayan de Oro is Khim Guro. Known for her adorably cute looks, Khim graces Asgard in the return of Asgard’s Cosplayer Interviews in this quick interview.

Asgard: Have you always been a fan of anime?

Khim: Yup! Ever since grade school, I have always been a fan of anime. My classmates thought I was weird because anime still wasn’t a hit at that time.

A: Did your love for anime propel you to cosplay?

K: YES! Anime characters are so AWESOME! First I was not interested in cosplaying because I wasn’t supported by my family. The first character that pushed me to cosplay is Rachel Alucard from BlazBlue game but I haven’t cosplayed her yet.

A: If you weren’t able to cosplay her, which character from an anime/manga/video game series did you cosplay and why? 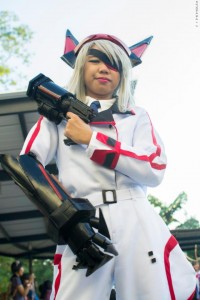 K: Aria Holmes Kanzaki from Hidan no Aria but I didn’t cosplay her well; it was a fail.

A: Why do you consider it a fail? If you are going to cosplay her again, which parts of it will you improve?

K: [It was a] fail because of the hair. It should be pink with two clip-ons. I didn’t use a wig because I didn’t know where to buy at that time. I would improve all of it: the hair, the props and the costume until I get satisfied with it.

A: How many characters have you cosplayed since then? Which one was your favorite?

K: Hmm. I cosplayed 7 characters already. Silica (Ayano Keiko) from Sword Art Online because I like her hair and her cute pet, Pina. She’s an imouto type character which really fits me. I super love loli characters! My favorite color is red and that’s why I did really cosplay her well. The first time I saw her in SAO, something popped out of the blue in my mind that I must cosplay her. Silica’s cuteness is a win!

A: Who are you going to cosplay next?

K: Judal from Magi. It’s going to be my first time to cross dress! I’m so excited to cosplay him because of his badass personality that makes me kyaaaaaaa~ 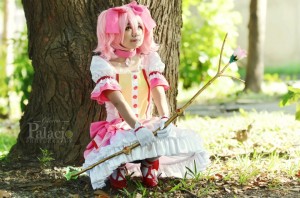 A: Are there benefits that you got from cosplaying?

K: Yes! My circle of friends is increasing and that makes me so happy. SUPER HAPPY. Meeting other awesome cosplayers from other places and making friends with them [is another plus too]. I was socially awkward but when I started cosplaying, I gained much more confidence to talk with other people.

A: Aside from being a cosplayer, what other hobbies do you have that’s related to being an otaku?

K: Watching anime and tokusatsu, playing doujin games, going to other places just to witness their cosplay events, and stalking other famous cosplayers.

A: Since your cosplay debut, what does your family think now of you cosplaying?

K: They are so proud of me, especially my big brother, Kimpoy. They are now supporting me about what I want to cosplay and they also help me decide in what to cosplay next. 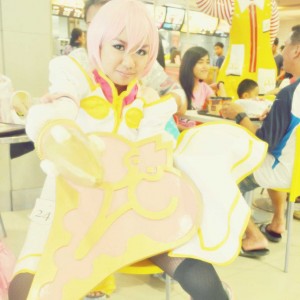 A: What advice would you share to those people who say that they are too shy to cosplay?

K: They should build up their self confidence and make friends with other cosplayers.

K: Oh my. I have so many all time favorite anime but I must choose one. It would be Toaru Majutsu no Index because I really like the plot since its about science versus religion. I got hooked the first time I watched that anime. The characters are really cute and so powerful. There are a lot of badass guys, too.