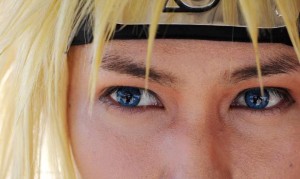 A dramatic shot of Donaire as Minato Namikaze from Naruto

There are a lot of cosplayers out there in this world who look as if they have appeared straight from the pages of the manga or from the television screen of the anime shown and Mil Donaire is certainly one of them. With his uncanny similarity to Naruto’s (—ナルト—) Minato Namikaze (波風ミナト), both in appearance and in his personality, Butuan City’s Yellow Flash takes his time off his busy schedule to talk to Asgard Anime in this awesome Cosplayer Interviews! 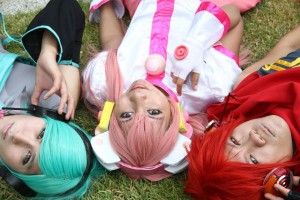 AA: When did you first hear of cosplay?

MD: Well, I first heard of cosplay way back in 2007. I was still in my first year of college back then. It took me a while to have the courage to cosplay since in our locality, cosplay and being an otaku are viewed as “weird” and stupid”, so it was quite hard to find an otaku friend. But when I first heard about FSSU-Genshiken, a school organization catering the love for anime and cosplay, I was so happy but I was hesitant to join because of my shyness and the stigma of being labeled as “weirdo”. It took me time to cosplay because I was really shy but the group encouraged me and really helped me out to build my confidence to cosplay.


AA: Did anime play a huge part in making you join cosplay events?

MD: Well not really. The very reason why I like to join cosplay events is that I get to be my carefree self and enjoy the hobby with my friends. I don’t want to go to cosplay events by myself. 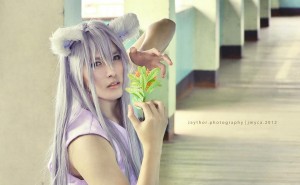 AA: How many characters have you cosplayed and which is your personal favorite?

MD: As far as I can remember, I already cosplayed 8 to 10 characters. My personal favorites are Minato Namikaze (Naruto), Cloud Strife (Final Fantasy VII), Hisagi Shuhei (Bleach) and Strider Hiryu (Strider). But if I were to choose one, it would be Minato Namikaze because he’s really an awesome ninja and also I have this obsession with blonde haired characters.

AA: Among the characters you cosplayed, which character were you most recognized for?

AA: TorCH 4 (Cosplay Tournament of Champions) is coming up. Any plans of joining the said event?

MD: Yes of course, Torch has been a huge part of my cosplay experience. 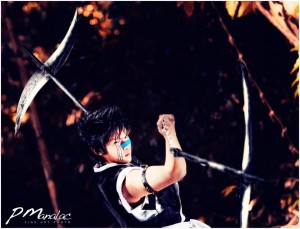 Donaire as Hisagi Shuhei from Bleach

AA: Did your experiences with cosplay change you for the better? What did cosplay teach you?

MD: What a tough question. Well my cosplay experience and my friends really helped me a lot, not just being an artist and a cosplayer. It taught me how to love my work and to manage my time right since i’m already working. It’s really hard to balance work and hobbies. Camaraderie is also important; cosplay is not really just looking great in your costume or how great your skills in making props or even how awesome you perform on stage. More importantly it’s building and strengthening friendship while enjoying the hobby.

AA: How do you prepare for a cosplay competition/event?

MD: If it’s a competition, it’s really a long process. Our team does our research first and ask if we can make it to the event or not. I consider the budget, time, if the character fits us and also if the audience or judges can relate to the skit. If its only an event, I don’t have any special preparations. 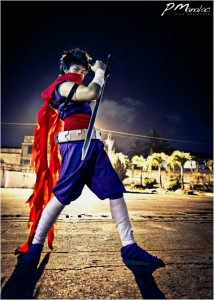 AA: What does mil donaire do when he’s not in cosplay mode?

MD: I’m just a simple guy. I love going out with my friends and eat. At home, I’m always online, reading manga, watching anime and listening to J-pop music.

MD: I have lots of cosplans in mind. I’m planning to cosplay Gauche Suede from Letter Bee and redo my Cloud Strife cosplay.

AA: What are your all time favorite anime titles and why?

MD: I would choose Naruto Shippuden (ナルト 疾風伝,) and Yu Yu Hakusho (幽☆遊☆白書) because both animes depict the same kind of story which i really love; it’s a story of camaraderie and family which a lot of us can relate and learn from it.