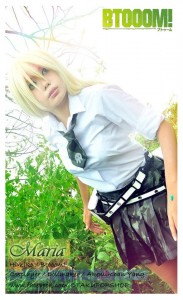 When in you’re in Cebu, Philippines, and there’s a cosplay event, here’s one of the awesome cosplayers to look out for. However, Maria Lilian (also known as Akemi-chan Yang) is more than just a passionate cosplayer. She takes her sewing abilities to the next level, not just by making her own costumes, but also in creating plushies. Get to know more of Akemi-chan in this Asgard Anime Cosplayer Interviews!

Asgard Anime: Most otakus grew up with anime as their main influence. Was this also the same for you?

Maria Lilian: Yes. When i was small, Yu Yu Hakusho (幽☆遊☆白書) and Fushigi Yuugi (ふしぎ遊戯) influenced me to watch more anime shows because I admired how cool and awesome anime characters are and that makes me want to be like them. 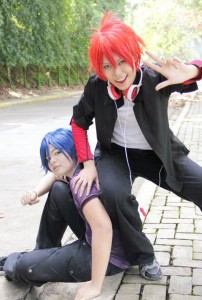 Akemi-Chan as Ittoki from Uta no Prince

AA: When did you first cosplay and what motivated you to join?

ML: First, I cosplayed as Rukia Kuchiki (朽木 ルキア) from Bleach (ブリーチ) last January 2009 at a school fest. The reason why I cosplayed her were because I like the character and my friends were also cosplaying characters from Bleach.

AA: How many characters have you cosplayed and which one is your personal favorite?

ML: I have cosplayed 21 characters so far. My favorite is Sakura Kinomoto of Card Captor Sakura because she’s one of my dream cosplays. 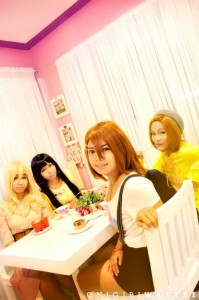 A K-On! group cosplay with Akemi-chan as Mio Akiyama

AA: Was there a specific character that you cosplayed that you were most known for?

AA: When did you realize that you have a talent for making dolls?

ML: When I was 18, a friend of my mom gave me a doll, just a typical doll from Blue magic. I admired how cute and anime-ish the doll was so I tried making the same one. I did a lot of research and tried a few ways on how to make one but I did not succeed. After that, a friend of mine asked me to make her a plush from Ao no Exorcist (青の祓魔師 エクソシスト). People liked how I made that doll and from that day on, people started ordering plushies from me. 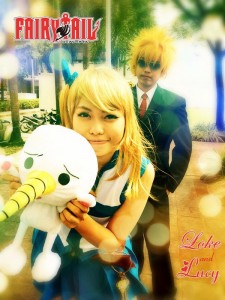 AA: Do you use the same talent you have to make your own costumes?

ML: YES. I usually make my own costumes. Actually, I started making costumes before I realized I can make dolls. Sewing costumes is my first love. I joined school plays in my grade school days just to be able to wear a costume.

AA: What did you learn in cosplay?

ML: I learned a lot. I learned how to sew, I learned a bit of props making. Whenever I cosplay, I overcome my shyness. My entrepreneurial skills were boosted too because back then when cons was just starting here in Cebu, there were no anime shops so I decided to cater the needs of anime enthusiasts by selling anime stuff. I really owe cosplay and anime big time. 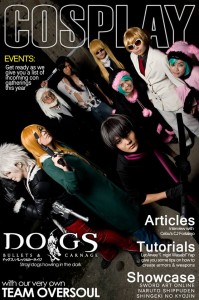 AA: Who is Maria Lilian outside of the cosplay world?

AA: What can you advice to those individuals who are too shy to cosplay?

ML: Actually I’m a shy person too, but being in character and showing off the character to people made me confident. I always have these points in mind whenever I cosplay: First- When I cosplay, I’m the character. I am not Maria Lilian right now but I’m this character I’m acting. Second- Cosplay with friends. It’s more fun to cosplay with friends, making skits and making the costumes together. You forget to be shy because you’re with you friends. If you don’t have a cosplay buddy, then find one (I’m in OVERSOULCebu). Cosplay is making yourself and others happy by portraying the character like it’s real. Don’t be afraid to express your passion through cosplay. It’s your legacy you’re making and not theirs. An opportunity given to all, but a decision only you can make. If you’re going to be happy, then do it! 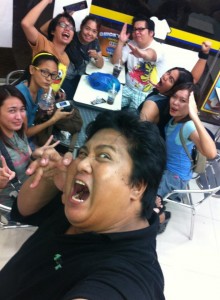 ML: OVERSOULCebu are a bunch of crazy people who love to cosplay so much that they put their best foot forward in it, just to portray the characters right. This group is the cosplay family that challenged me to do an extra mile for a character. They are my comfort zone and emotional support. Whenever I’m cosplaying with oversoul, I feel so happy.

ML: My all time favorite anime is Card Captor Sakura because I like the plot of the story and characters especially Sakura. I’m a huge Sakura fan, up until now. I just like her character so much. She’s sweet, innocent and gets to wear costumes made by her best friend. I actually was inspired to cosplay because of her. 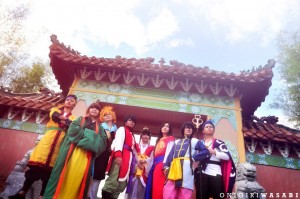 Below are some samples of Maria Lilian’s work. If you want a plushy commission, visit her shop’s Facebook page, Otaku Pop. For more cosplay photos, visit OVERSOULCebu’s official Facebook page. 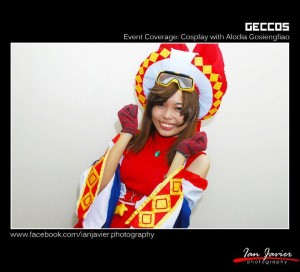 It was not too long ago when I contacted Ms. Maria Lilian for a plushy commission. I found her through a Facebook group that serves as a nationwide, online cosplay market. When we talked about my plushy, she sent me a link that lead to her albums of dolls that she has made. I don’t think I have to tell you that my jaw dropped when I saw the photos.

The plush dolls she made were amazing. Her handiwork could easily pass for the pricey, branded stuffed toys. When I asked her to do make a plushy version of Artemis from Sailor Moon (photos not shown), I asked for WIP (Work in Progress) photos. Make no mistake that Ms. Lilian’s dedication to her craft is astounding. She downloaded photos of Artemis in all sorts of angles imaginable, had them printed and she wrote important notes and doodles on the free space available. When I finally saw my Artemis, it was as if Ms. Lilian pulled him out of the tv screen that was showing Sailor Moon and presented him to me.

As an entrepreneur, Ms. Lilian is friendly and approachable. She entertains queries professionally and with a good deal of cheerfulness, too. Thank you so much for making my plushy!

For photos of the Artemis WIP by Ms. Lilian, click here. 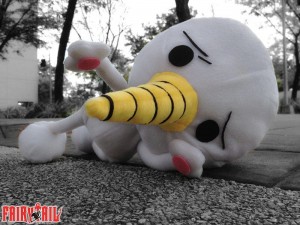 A sample of Akemi-chan’s work. Plue from Rave Master and Fairy Tale. 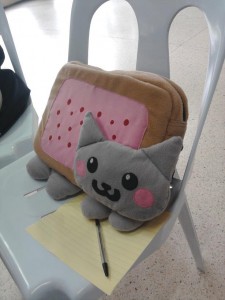 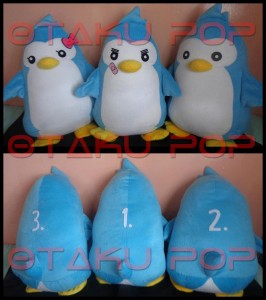 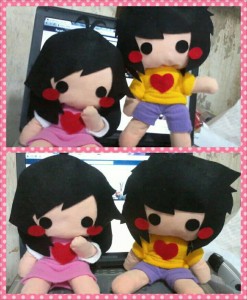 A sample of Akemi-chan’s work. 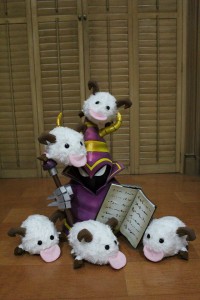 A sample of Akemi-chan’s work. Poros.