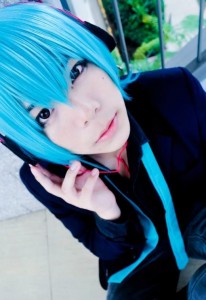 Cosplayer. Photographer. Model. There’s definitely more to this guy than meets the eye. Meet the real Carlos Liao in this Asgard Anime interview!

Asgard Anime: When was your first cosplay exposure and what made you say that you have to cosplay?

Carlos Liao: Since I love anime and fashion, it made me think of trying out cosplay because its so cool, fashionable and it’s fun acting like an anime character that you really love. It’s like my way of showing my love for anime. My first cosplay was Tamaki Suoh from Ouran Highschool Host Club. It was two years ago during the SM Cyberzone event. My friend Magan [Aranjuez] encouraged me to cosplay. 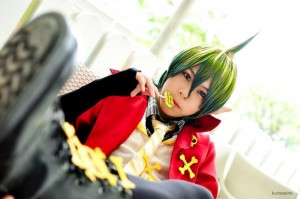 Liao as Amaimon from Ao no Exorcist

AA: Among the characters you have cosplayed, which one is your personal favorite and why?

CL: Amaimon from Ao no Exorcist because he is my fave character since then. I love his attitude, his creepy, gothic, but cute looks and he loves sweets… like me. 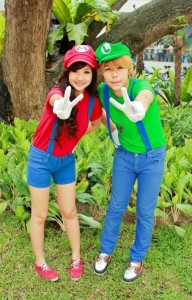 Liao with fellow cosplayer, Magan Aranjuez, as Mario and Luigi

AA: We’ve heard that you’re big in the K-pop scene in the city. Would you care to tell us about it?

CL: It all started when my brother, Kristoffer Liao, and his friends organized a K-pop event here in Cagayan de Oro for the K-popers here in our city. They were looking for models for the poster: a male and female that looks East Asian. Since i love K-pop and K-drama, my brother made me and Magan Aranjuez the models in their event.

AA: Did your brother influence you to take up the camera and shoot photos?

CL: Nope. I was the one who influenced my brother in photography. I was a photographer back when I was in high school for our school. When my brother started photography, I stopped. 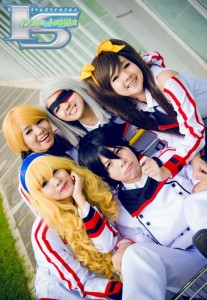 Liao as Ichika Orimura from Infinite Stratos with the Aranjuez sisters

AA: When did you venture into cosplay photography and is that experience different from your usual photo shoots?

CL: It was last December 2012. I really want to try cosplay photography that’s why i asked Mr. Glenn Palacio to join in one of his cosplay shoot with cosplayers. It was amazing and it made me want to shoot more cosplayers.

AA: How do get perfect shots?

CL: In a shoot, I really take many pictures in different angles and I just choose the best shots and edit it so it would look more nice. 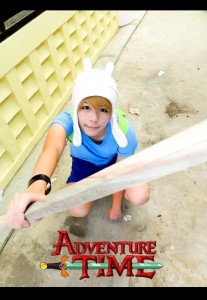 Liao as Finn the Human from Adventure Time

AA: Speaking of which, TorCH (Cosplay Tournament of Champions) 4 is coming soon. Any plans for this event?

CL: Yes. I’m gonna be there with my group and we’re planning to make a skit for everyone who’ll be there on torch 4.

AA: What was your most unforgettable cosplay experience?

CL: It was way back in Torch 2. I saw my Cosplayer idol Zhel Guiral and we had so many photos on the event. It was so unforgettable for me.

AA: What otaku related activities do you do in your spare time? 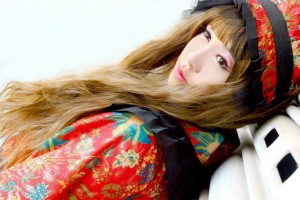 A sample of Liao’s hand in photography. Miharu Saruwatari in her pre-debut shoot.

CL: My all time favorite anime is Rosario Vampire because it is so funny. The characters are so cool and cute especially Moka Akashiya. It’s like she has the best of both worlds: she’s so sweet, cute and innocent with the choker, but if the choker was gone, she becomes mature,strong and her hair turns to white. It was a really cool anime; the story was good. 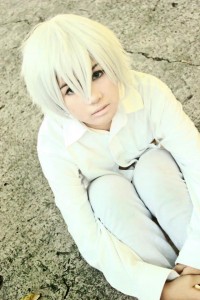 A sample of Liao’s hand in photography. Shouri Kurima as Near from Death Note. 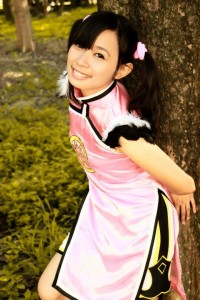 A sample of Liao’s hand in photography. The School Girl Blogger as Ling Xiaoyu from Tekken 5.