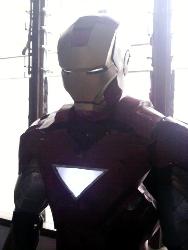 Aaron Kit Arcay is Cagayan de Oro City’s very own Iron Man. Though not a billionaire playboy, Kit is a down-to-earth person and a real hero in his own way.

This one of a kind cosplayer, with his perfectly detailed version of the Mark 6, awes the audience with his craftsmanship, creativity and flair. This is one Asgard interview you shouldn’t miss reading!

Asgard: Of all the super heroes on the face of this planet, why Iron Man?

Kit: Well to be honest, I did not really think of cosplaying him. At first it was not really possible. I became interested in him when I saw the first movie. Yes, I am an Iron Man fan since I was a kid and a very huge Marvel fan as well . There was just something about how Robert Downey Jr. played Tony Stark that relates to my own personality and that made me really interested to do the character.

A: So Robert Downey Jr. inspired you to don the Iron Man costume?

K: Yes. Even though if I am an avid Iron Man comic reader, I fell in love with the character more when Robert Downey Jr. portrayed it and that gave me the inspiration to not only cosplay Iron Man but Tony Stark as well.

A: Since Marvel was a huge part of your childhood, was there a time during that period where you wished you could be your favorite hero?

K: Very much! Actually my first comic book hero wass spiderman and I’d go around the house pretending to swing from one roof to the other. 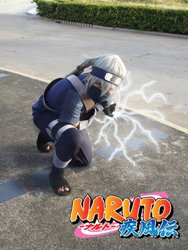 Kit as Kakashi from the anime, Naruto

A: So aside from cosplaying, you collect toys as a hobby right?

K: Yes, I do. Since I am a very big Marvel fan, I collect toys which are called “Marvel Legends”. These toys are a part of my childhood too but did not have the luxury to collect them when I was little because of financial problems.

A: How many action figures do you have so far and how much do you usually spend on it?

K: I’m still starting out but I have 38 marvel figures all-in-all and some Japanese figures. Since I missed out on these toys, I tend to spend a lot because these toys cannot be found in ordinary toy stores anymore and its value increased compared to its price a decade ago.

A: We’ve seen your collection of Marks. How many of these have you done in costume events?

A: Have you joined cosplay competitions in the Mark 6 armor? Did you bag some awards?

K: I only joined one competition with it and that was last November but sadly, I didnt win but that’s okay.

A: How many months does it take for you to complete an armored costume?

K: Well it really depends on the costume I’m making. The fastest for me is one month.

A: What characters have you cosplayed aside from Iron Man?

K: Aside from Iron Man, I’ve cosplayed a series of charcters like Kakashi, Brief, L, and Kamen Rider. 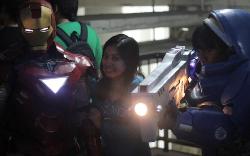 Another photo of Kit in the Iron Man armor (left)

A: Did you pay a hefty sum to get those non-armored cosplay costumes done?

K: Not really thay much. As a wise friend once told me: “If you know how to make ‘discarte’ (a Filipino word for ‘improve’) then nothing can stop you from making one kick ass cosplay”. 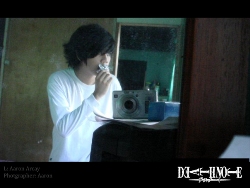 Kit as L from the anime Death Note

A: Tell us about how Iron Man’s appearance made a difference at a children’s party in a relief center?

K: It was a great experience because the children were all smiles when we went in with our cosplays. I can really see the happiness in their eyes when we did the little skit.

A: And during the skit, how did the children react when Iron Man fell down?

K: Well I didnt really see first hand because I was falling! But when I was on the ground, the kids rushed circling around me like I died or something. It was really heart warming they didnt know it was a part of the skit. 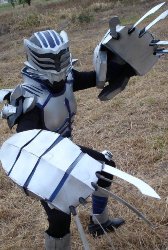 A: From your roster of cosplay characters, which one is the one you really spent a lot of money on?

K: I think I would give it to Kamen Rider Taiga because that was my first armor build and I had to do several experiments to make it work so I did lots of trial and errors and that cost me a lot of money.

A: And which costume was the most memorable for you?

K: I would say my L cosplay because that established everything. And I got on the top 10 in the first cosplay competition that i joined.

A: If you were a real super hero, what would your super powers be?

K: Money so I can make real suits! (Laughs) If I had real powers, I want to have the power to change the world. It could be anything, but I would like it to have a great impact on the world for a better tomorrow. We can always be heroes we don’t need powers, it’s the good things that we do for the world that makes us super.