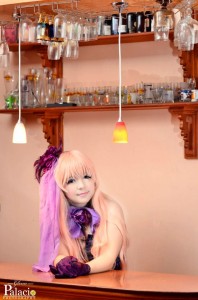 If you’ve been dying to become a cosplayer and have finally mustered the courage to do so, congratulations! Making that decision to follow your dream may be a single step but already it’s a big, positive leap for you! If you’re not quite sure what to do next, Asgard Anime has rounded up some of seasoned cosplayers to come up with A Newbie’s Guide To Cosplay. The steps mentioned here are generalized and are patterned in order to make sure that you, the reader, are on the right track.

1. Always choose the character that you love and know very well.

This is the first and most important thing a cosplayer should think of before he/she launches into his/her cosplay expedition. Ask yourself on who your favorite anime/manga/video game/comic book character is. Make sure that you know that character like the back of your hand and if you can relate to that character, so much the better. It will help you portray your character’s personality perfectly. “I think as a coser (cosplayer), it is what motivates me and I agree to that.” Cosplayer and blogger, The Heartless Eponine, said. “Jane Rizzoli and Chikane are probably one of my solid examples because I know them by heart, inside and out.“ What happens if you’re caught between two (or perhaps more) characters? “If you can’t decide which character you like, choose your most favorite character. The one whom you love most.” Hoshiko Hikari advised. 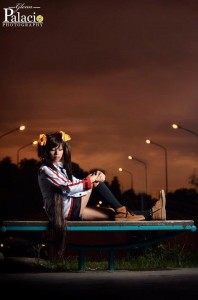 2. Take note of your budget.

Make no mistake, cosplay is a costly hobby. If you’re planning to have your costumes made by a tailor, get ready to shell out your money. “This is true.” Kazuo Ryuhei agrees. “There is no such thing as ‘cheap but quality‘. Ultimately, as the saying goes, you get what you pay for. Quality comes with a price. If someone says something is cheap and is of quality, there’s a catch to it.” Just because you’re budget is tight, however, doesn’t mean you should fall into despair. “What I did back then, since there were no cosers in CDO, was to look for lots of pics of the character I was going for.” Kazuo shares. “I was cosplaying on a budget so I couldn’t afford leather, so what I did was just use felt paper and some cardboard, which is tip #2, be resourceful.” “You can sew your own costume and save up to more than 25% of your expenses,” Hoshiko Hikari adds. “Plus it enable you to keep patterns and practice sewing.” For students, do not always count on your parents for money just to cosplay. Learn how to save money on the things that you need. 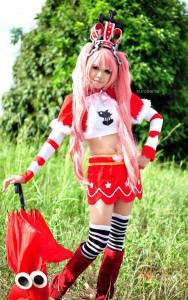 Khim Guro as Perona from One Piece. Photo taken by Lanz Enterina.

3. Make friends with other cosplayers.

This is one of the best reasons why you should cosplay. Meeting fellow cosplayers can give you friends for keeps and can make your cosplay journey easier and much more fun. “One of the tips I can give to new cosplayers is to ask help from the more seasoned cosers. Doing this will help them find the stuff that they need, and even get tips to perfect their cosplays.” Kazuo said. Mitsu Aoi aired his views saying “Sharing ideas with friends and hearing out their opinion can help your experience on cosplay.”

They say asking for help is a sign of weakness but really, it’s not. Having problems with your costume? It’s nothing to worry about as long as you ask for help. “It doesn’t mean that if a person has 0% crafting skills, he/she can’t cosplay. Here comes help. After all, it’s not bad to ask for help. Everyone is always there to help a fellow cosplayer. Asking help from the community is a rather normal thing. ” Cosplayer Shoji said.

Cosplay is just one of the stepping stones for you to go out of your shyness shell and become your character. How do you get over your nerves aside from imagining people in their underwear? Cosplayer AIKA has this to say. “Confidence is the state of being certain of something. Being a cosplayer, we not only have to dress up as the character but feel like the character. One has to be able to make others feel like they are actually in the presence of their favorite character. Thus, a cosplayer must know the character he/she is cosplaying entirely Without confidence, one cannot exemplify an effective cosplay. Cosplay itself means acting in costume. We aren’t just models who strut around wearing flashy costumes to wow everyone but we do this to express. A cosplayer, however, even if they do a hobby to express must look presentable in order to be respected.” 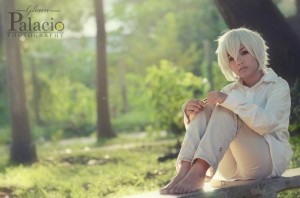 Shoji as Near from Death Note. Photo taken by Glenn Palacio.

Regardless if it’s for a skit, walk-in competitions or just being in the cosplay scene, practice ALWAYS makes perfect. Gather your friends who are fans of the series you’ve taken your character from or your fellow cosplayers to help you with your practices. They will tell you the which areas you are already good at and which parts should be worked on and improved. For Kai Demonshard, practices are more than just blood, sweat and tears. “Of course, they (practices) are important for skits. Competition or not, it’s a good way to bond with your comrades and [it’s also good for] self improvement to become a better performer.” 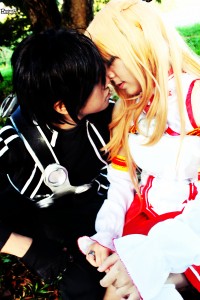 7. It’s all right for your cosplay not to be perfect.

Although getting your character’s appearance and personality perfectly tells of how dedicated you are, it’s okay to miss out on a few details if it can’t really be helped. Just make sure that you are as close to the character’s appearance as possible. For instance, if you are planning to go as Sailor Moon and the only thing missing from your arsenal are a pair of blue circle lenses but you can’t get it due to budget restrictions, it’s okay to skip it. “Perfection can never be attained, but being accurate can be.” Cosplayer Miyoung Ki said. “It’s fine if your first cosplay doesn’t really turn out so grand or completely accurate because there is always time for growth. [Here’s] something to always remember: It’s not about getting the character perfectly, but it’s about becoming the character you love.”

8. Cosplay because you want to bring your character to life.

A true cosplayer will never cosplay for the sake of attention. People who do this are called posers, individuals who attend cosplay events just to garner everyone’s attention and they have no idea who they are cosplaying as. They actually hurt the efforts of the cosplayers who have really pushed beyond their boundaries and limits just to become their beloved characters. “Always remember that cosplay is not about the costume but the way you portray your character.” Eiri Senna said. 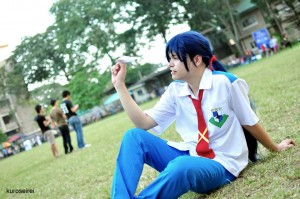 9. Never, EVER let fame get into your head.

Once you’ll step into cosplay, people will definitely notice you. The more you make appearances in cosplay conventions and events, the more you’ll get thrown into the limelight. However, just because you have a name for yourself as a cosplayer doesn’t and won’t give you a right to become a diva. “In a cosplayers perspective, fame is something inevitable.” Aaron Stark Arcay said. “In reality, you cannot control fame nor it is something that you should go after. In my view, fame is just extra perks of the fruit of your dedication to your hobby; It’s an acknowledgement of your commitment and passion to cosplay, and not the other way around which is getting into cosplay or crafting because you want to be famous. It’s only an extra sprinkle of chocolate on top of the ice cream you get when you buy them diligently from the ice cream man. You be thankful it, but you do not ask for more.” Keep your feet planted firmly to the ground and always be humble. 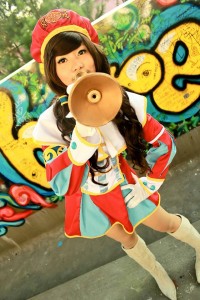 Ultimately, the whole point of cosplay is to become the character who is near and dear to your heart and just have fun with it. Shoji sums the whole thing up, saying “Cosplay is a hobby for everyone who has a passion in it. It is a tough and serious thing, but it doesn’t mean people who cosplay don’t experience fun because cosplaying is a long and tedious process – [it’s] something like a long journey and as mentioned by someone wise, it’s not about where we’re going, the fun is in the journey.”

For cosplay photographs and more, visit the following sites: