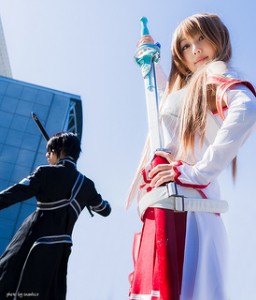 Comiket (コミケット) has recently celebrated the Comiket 85 last December 29 to 31, 2013. This Winter Comiket (冬コミ) was attended by 35,000 doujinshis and companies – and that is just a part of the whopping 500,000 participants including waves upon waves of cosplayers! Netageo (ネタゲオ) has compiled recorded scenes taken during Comiket 85 and created an awesome cosplay video out of it! Check out the video below and get a first hand look on 2013’s second half of the highly anticipated Comic Market (コミックマーケット)! 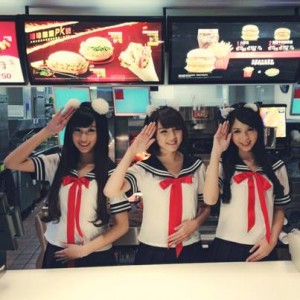 McDonald’s Taiwan (台灣麥當勞官方粉絲團) is perhaps the most unique of all McDonald’s chains in the whole wide world. They have taken a page out of the famous Japanese Maid Cafes last and geared up their crew in the most adorable maid costumes ever which brought about an extremely unique dining experience for the Taiwanese patrons of the fast food chain. During their year-end competition however, the cashiers were not only composed of kawaii maids but also School Girls and Flight Attendants!

Did the kohais get noticed by their senpais? Watch the video above and find out! 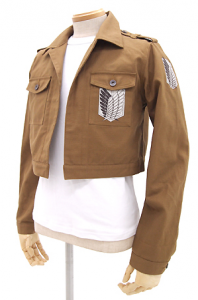 Last but not the least is the Top 10 Cosplay Outfits presented to you by none other than Cospa! 2013 was the year of the School Girls as 6 out of 10 entries in the Top 10 are school girl uniforms. The top spot is occupied by the Survey Corps jacket in the series Shingeki no Kyojin, followed by two school uniforms from Love Live and Chuunibyo demo Koi ga Shita! respectively on the second and third spot. Hatsune Miku makes another appearance in this year’s fourth spot and close behind her are four(!) school uniforms from A Certain Magical Index, IS <Infinite Stratos>, Boku Wa Tomodachi ga Sukunai and Little Busters! on the fifth, sixth, seventh and eight place. Entries nine and ten take a different turn as Kuroneko’s costume from Oreimo takes the ninth place while Kantai Collection’s Shimakaze takes her place on the tenth spot. Which characters will be on Cospa’s Top 10 Cosplay Outfits for 2014? Let’s breeze through this year’s anime line up and wait for the cosplayers to do their thing!